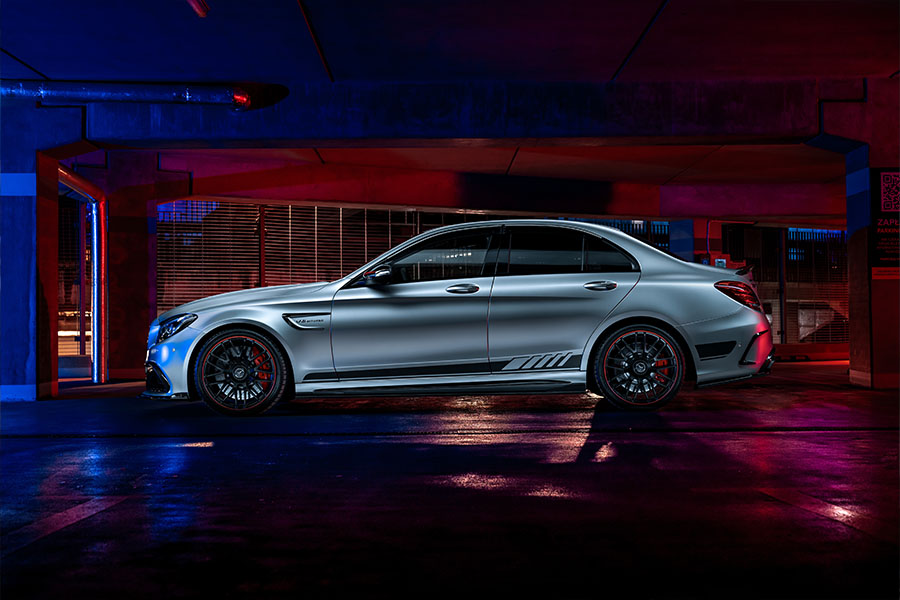 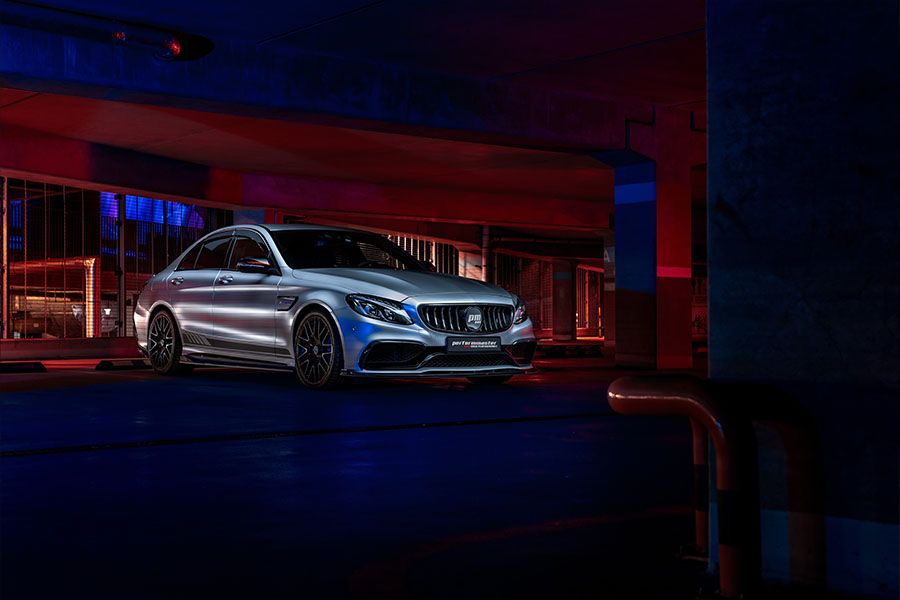 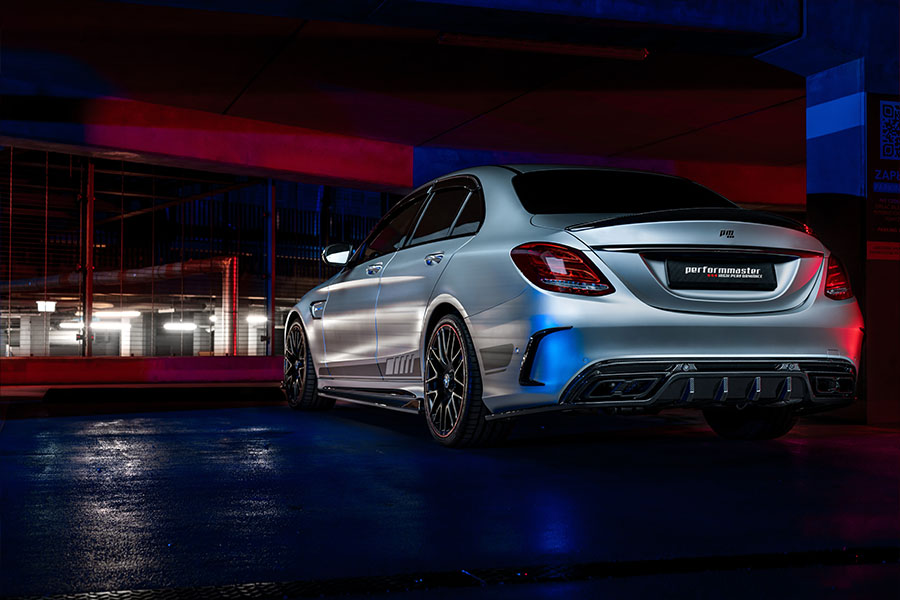 Now it’s disappearing after all, the one and only, legendary V8 engine from Mercedes AMG.
What began in 2015 and became the absolute best-selling model is now disappearing from the streets of this world with a faint rattle. You don’t know when exactly, but it won’t be long, because you can no longer order the C63 V8.

The performmaster© C63 V8 Final Edition
performmaster pays tribute to this cylinder icon from AMG with a unique special model. Not only with even more performance, but also with a spectacular appearance.

This monster’s thrust comes at low revs. This is matched by the perfect soundtrack from the turbos. But that’s not all.

A living legend should also have the right outfit for its final appearance – elegant, special and with goosebumps feeling. And the experts at performmaster© performfacture© have impressively succeeded in doing this.

The exterior of the performmaster© C63 V8 Finale Edition is not only impressive, but also ensures better driving characteristics that do justice to the increase in performance. All performmaster aerodynamic parts are made of carbon: 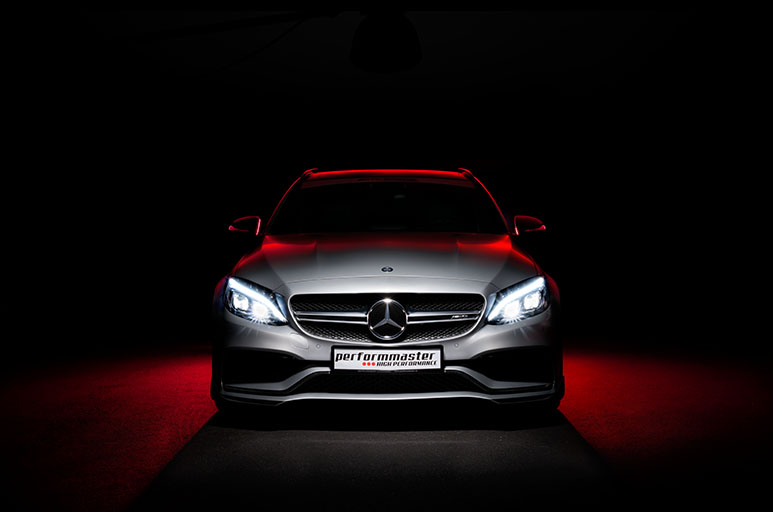 Your AMG tuning: We would be happy to advise you!

Call us or send us an email. You can also reach us via our contact form
